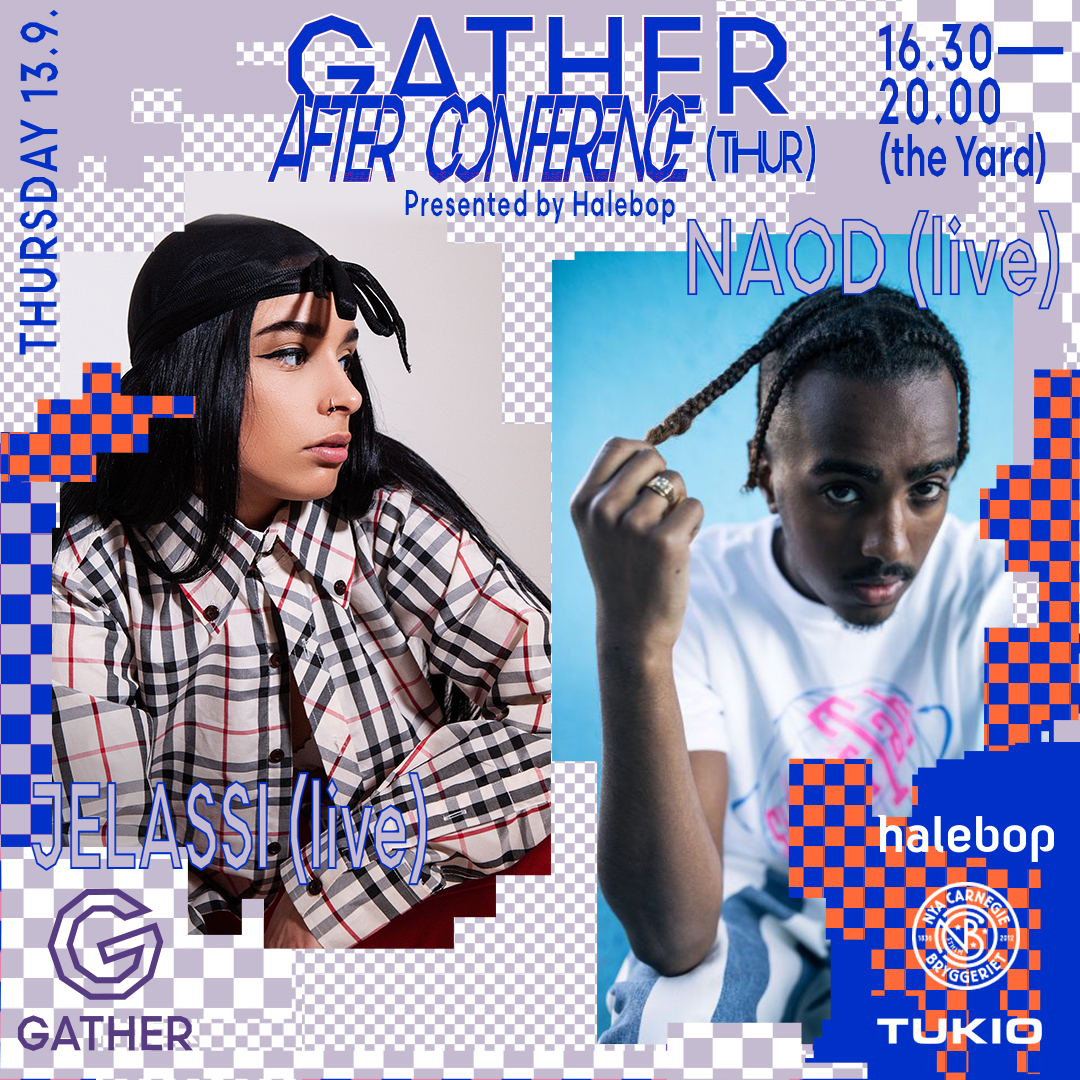 GATHER AFTER CONFERENCE THURSDAY HOSTE BY TUKIO
Gather ends each day with a mind blowing music experience out on the courtyard. With music, food, drinks and the Stockholm sky line view as a backdrop this can not be anything else then a success.

Jelassi is a 20 year old hip hop wonderchild. She has a unique and inescapable  charisma that is noticed the minute she walks in to a room. She recently released her new single “Inte Konsti” and is coming to Gather festival from a massive opening show for Post Malone at SMASH-festival. She is currently working with producer Nisj, best known for his collaborations with Erik Lundin and Silvana Imam. Jelassi is an artist that is best experienced live, and will surely have you coming back for more.

NAOD is born & raised in what could be called Sweden’s new rap-mecca, Rågsved. A unique talent that has received a lot of eyes on him after a number of successful releases. It all started when his uncle died and Naod isolated himself with a pen and a notepad. He wrote 113 verses in a week. Ever since that, Naod hasn’t stopped writing, singing, rapping and producing. Earlier this summer he dropped his single “Dra” which gained a lot of attention and racked up over 1 million plays on Spotify & YouTube. His latest single dropped on the 3rd of August and has already been streamed over a half of a million times. Keep your eyes on this one folks!